The Azores is a paradise for nature lovers – from lakes and craters of ancient volcanoes to observation of whales and cachalotes. A thrilling location to spend an active holiday in the heart of the Atlantic ocean.

Mother Nature has created a land full of natural beauty, ready to be explored, in the blue immensity of the Atlantic Ocean: the Azores. To the East, on the island of Santa Maria, the beaches of warm white sand are inviting, and the vineyards covering the slopes like an amphitheatre resemble giant staircases. São Miguel, the largest island, is seductive with its Sete Cidades and Fogo Lagoons. The power that emanates from the earth is felt in the geysers, hot thermal waters and volcanic lakes, as well as in the tasty "Cozido das Furnas" slowly cooked inside the earth.

In the Central Group, the islands of Terceira, São Jorge, Pico, Faial and Graciosa are set harmoniously in the deep blue sea, where whales and dolphins can be spotted, to the delight of visitors. On Terceira, the World Heritage town of Angra do Heroísmo, as well as its festivals, is steeped in history. Faial is the cool blue of the hydrangeas, the marina painted colourfully by yachtsmen from all over the world and the extinct Capelinhos volcano, which resembles a lunar landscape. In front is Pico, a mountain that emerges from the sea, with vineyards planted in black lava fields, a unique culture that also has World Heritage status. On São Jorge, the highlights are the Fajãs and the cheese, a unique speciality with an unmistakable flavour. Graciosa, graceful in both name and appearance, is an island of green fields covered with vineyards that contrast with its peculiar windmills.

In the Western Group, on the island of Flores, the beauty of the natural waterfalls and lakes carved out by volcanoes is dazzling. The tiny island of Corvo has a broad, beautiful crater at its centre, and attracts many species of birds coming from both Europe and America. These are the Azores. Nine islands, nine small worlds that have as many similarities as differences, but where the friendliness of their inhabitants is shared by all.

Gourmets delight in the many traditional recipes of Azorean cuisine. Here, fish and seafood abound, so those who appreciate a delicious fish straight from the sea will find a paradise in the Azores. Grilled, in bouillabaisses or soups, fish is cooked in a variety of ways. But make sure you taste tuna which, in these waters, has a pink hue and a soft flavour and texture, is slightly salty and is still caught by hook and line. Or octopus which is mostly appreciated stewed in aromatic wine. The Azores have seafood that is not found anywhere else, such as limpets, barnacles and locust lobsters, a kind of tender and tasty lobster which is almost a sin not to try.  As for meat, there are some typical Azorean dishes, such as cozido das Furnas, unique for being cooked under the ground, harnessing the heat that the earth retains in that part of the Island of S. Miguel. At the right time, you can watch the preparation of the meal by the lagoon. On the Island of Terceira, the focus is on alcatra (fish or beef casserole), well-seasoned as tradition demands, and on the other islands there are several variations on the recipe for yam with sausage. The bolo lêvedo (leavened cake) from Furnas is also very popular, and goes well with any meal, by itself or with butter or jam. Or with Azores honey, a Protected Designation of Origin product, owing its high quality to the diversity and richness of the flora. 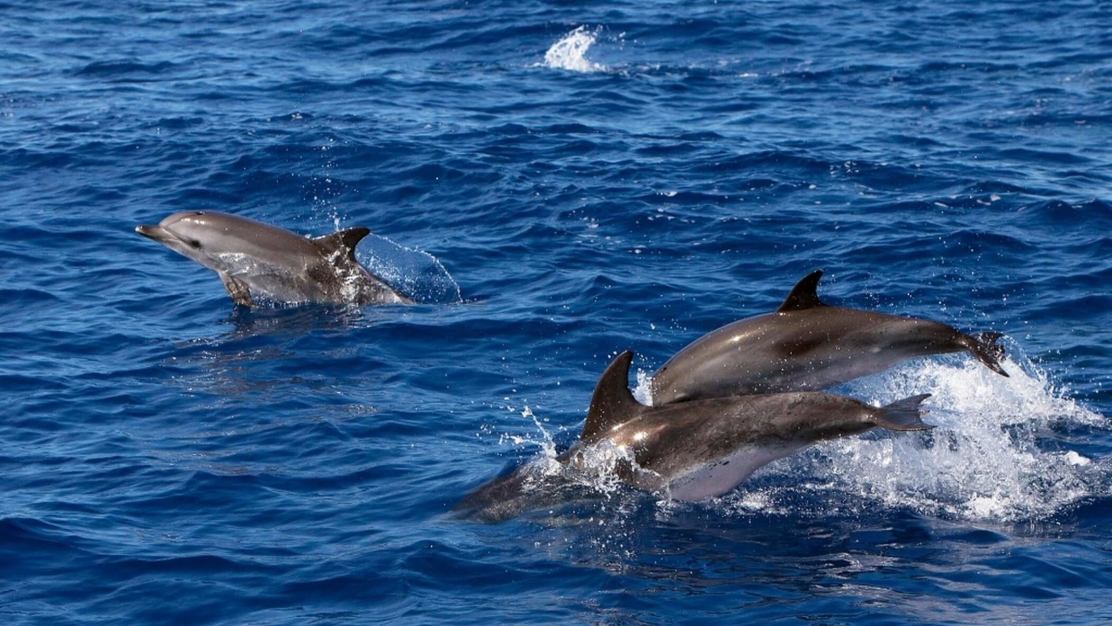 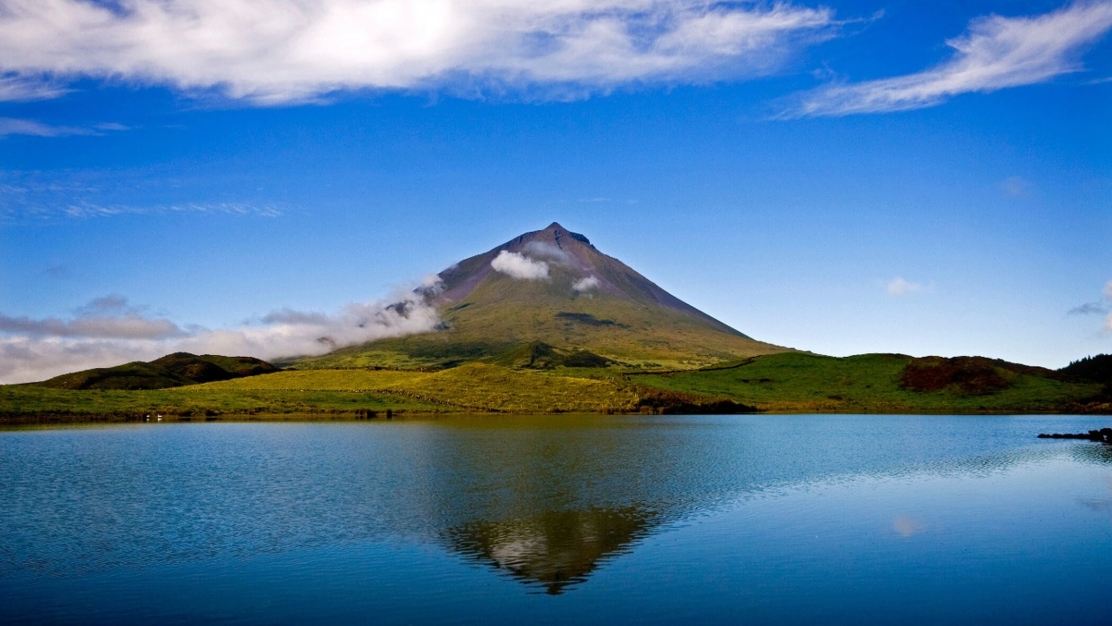 Looking around and not seeing any type of construction on the horizon… only the luxurious nature, lilies and hydrangeas, cryptomeria and cedar woods and the peacefulness of the island, always with a glimpse of the Atlantic Ocean. The morphology of the greens invites one to go for a walk. The mild climate allows one to play during any season of the year, at any of the three archipelago’s courses: Batalha and Furnas, on the São Miguel Island, and Clube de Golfe da Ilha Terceira, the latter offering adequate circuits for both beginners and professionals. For those who seek a more relaxed modality, purely for fun, it is possible to practice a freer golf version in the Azores, with similar rules, among grasslands and farmlands, away from the official greens.

Whether you are a lover of quiet walks or an adrenalin junkie, the Azores have more than 60 hiking trails with all the conditions for walking safely. Venture out and discover unique landscapes between paths totally wrapped in Nature. The trails of the Azores are a network of footpaths classified by the Regional Government of the Azores to ensure the safety and tranquillity of the walkers. Divided into three levels of difficulty - easy, medium and hard - the network is suitable for various ages and levels of fitness.

The Azores, in the middle of the Atlantic Ocean, is an archipelago of nine islands showing nature in its purest state, and one of the largest whale sanctuaries in the world. Among the resident and migratory species, some common, some rarer, you can see more than 24 different types of cetaceans in the waters of the Azores. There are also resident communities such as common dolphins and bottlenose dolphins, with which it is possible to swim, and there are whalesthat use the Azores as a migration route. Spotted dolphins, sperm whales, sei whales and baleen whales are more frequent in summer. Blue whalescan easily be sighted in late winter. One thing is certain: whatever the season, there are always discoveries to be made.

The Azores originated as a result of the 1766 volcanoes that are to be found in this archipelago, nine of which are still active. The Azores Geoparkwas born out of all this natural wealth, as part of the European and Global Network of Geoparks. Its aim is to promote and protect the geological heritage of the archipelago. The Azores Geopark is unique worldwide because it offers 121 geosites scattered throughout the nine islands and surrounding marine area, mirroring the vast volcanic geodiversity of the archipelago. There are nine islands, but only one Geopark! In the subsoil, there are nearly three hundred volcanic cavities in the form of caves, grottoes and crevices. On the landscape, there are dry calderas, lakes in craters, fumarolic fields and hot springs. Underwater geothermal sources are found out at sea. The majestic mountain of Pico, whose cone is still intact, seems to protect all these geological riches. As a testimony to the power of nature, the archipelago’s volcanic history is impressive for the diversity of the region’s geological heritage that reflects a geological memory of 10 million years.